(Stuttgart/Reutlingen) – The Reutlingen-based start-up VIOONIC GmbH has developed a real-time communication platform that doctors can use to share sensitive patient data, such as X-rays, with other members of the team both quickly and securely. Many medical staff are unaware that sending such data via popular messaging services violates the General Data Protection Regulation and could even leave them open to prosecution. Medical and nursing teams at a number of hospitals in Germany are already utilising the VIODAX app, developed in the STERN BioRegion, as a fast, GDPR-compliant solution for discussing medical cases.

A patient arrives at A&E and the doctor on duty immediately sends him for X-rays. The 76-year-old has fallen from a ladder and is complaining of back pain. On looking at the results, the specialist in internal medicine decides she needs to consult a surgeon from the interdisciplinary team for a second opinion. She is unsure of his whereabouts in the vast hospital and the case is urgent, so she opts to send him a message with an X-ray image on his mobile phone. In the worst-case scenario, this approach to getting a second opinion on whether or not there is a fracture could cost her tens of thousands of euros, because using standard messaging services for patient data contravenes the General Data Protection Regulation (GDPR). „Quickly sending patient data via WhatsApp is often the simplest solution,“ explains company founder Barry Fogarty. „In most cases, however, doctors have no idea they are opening themselves up to prosecution,“ he adds. In A&E, decisions largely have to be taken under significant time pressure, but the majority of secure digital communication channels within hospitals and between doctors on call are slow and involve considerable effort. „I’ve seen and heard a great deal during my 25 years in the medtech sector, so I knew full well that a solution was called for,“ continues Fogarty. His VIODAX real-time communication platform gives doctors a way to share patient data with each other and also with other teams, both quickly and securely.

The 54-year-old, who started his career as a stockbroker in Ireland, had long dreamed of one day branching out on his own – but only with the right idea. „And VIODAX is exactly that,“ enthuses Fogarty. He took a big risk, resigned from his executive position at a large medtech company and founded VIOONIC GmbH in Reutlingen in April 2020. Some of the help he received was quite literally out of this world – since April 2018, the Chamber of Commerce and Industry (IHK) in Reutlingen has been running a Business Incubation Centre (BIC) of the European Space Agency (ESA) at the T?bingen-Reutlingen Technology Park. Through this accelerator programme, the ESA is supporting company founders who are developing business models based on space technology. The start-up VIOONIC qualified for a place at the BIC because the app uses satellite navigation for its „Expert on Call“ function. This enables users to contact doctors within the geofence – a range of 50 kilometres – who have the function switched on and to see who is currently available.

The app has been available from the Google and Apple stores since September 2021. Teams of doctors at several hospitals in Germany are already trialling it as part of a test phase. „VIODAX helps medical and nursing professionals discuss medical cases quickly while also complying with the GDPR,“ emphasises Fogarty. Encrypted real-time sharing of information means workflows in medical organisations can be optimised and patient care improved. „VIODAX ensures the transfer of patient-related data is protected. Besides end-to-end encryption, we are one of the first companies also to utilise cryptographic splitting for extra data privacy. That means sensitive patient data is only processed where it’s urgently needed, so the content can’t be read by anyone other than senders and recipients,“ explains Fogarty. Both this data and the user details are thus protected at all times and remain anonymous.

In addition to benefiting from the latest encryption technology, the platform will also be integrating artificial intelligence and robotic process automation in the future. In this way, the company is looking to make a key contribution to the medical sector’s digitalisation. There is a particularly urgent need for this technology in the medical sector, but Fogarty can also envisage it being employed to share data in other areas, including schools, law firms and offices: „VIODAX can be used wherever data needs to be provided anonymously, securely and in real time, and where the applicable governance standards require it to be archived.“ 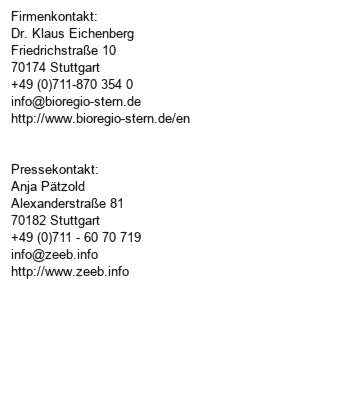